And as soon as he had finished speaking all these words, the ground under them split apart. And the earth opened its mouth and swallowed them up, with their households and all the people who belonged to Korah and all their goods. (Bemidbar/Numbers 16:31-32; ESV) 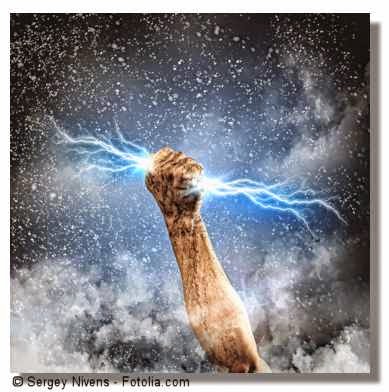 Perhaps you have heard the story of the atheist who sought to prove that God didn’t exist by publicly daring him, if he did exist, to strike him dead on the spot. When nothing happened, the atheist gloated due to his apparent victory over the God in whom he didn’t believe. I don’t know if this sort of thing has ever happened, but it’s believable. In fact, the Bible supports the story’s outcome. For God rarely strikes people dead, even for the most odious of acts.

For some reason God’s violent response to Korah’s rebellion as told in this week’s parasha (weekly Torah portion), has become somewhat of a caricature. The God of the Bible is often pictured as someone continually venting his anger through dramatic shows of force as if he is sitting on the clouds with thunderbolts in his hand, waiting for his next victim. One wrong move and ZAP!

But nothing can be further from the Truth. While from time to time God sends extreme disasters as acts of judgment, such occurrences are rare. To my knowledge as far as the Bible is concerned, nothing of this nature occurs until the flood of Noah’s time. Then it’s more than a thousand years before the Ten Plagues. During the wilderness wanderings, which includes this week’s incident, there are several miraculous displays of God’s power, but they didn’t happen every day. On most days during this time and since, the sun goes up, the sun goes down, same same, nothing too unusual. No thunderbolts (figuratively speaking, of course).

The Bible teaches anything but the ongoing, regular venting of God’s anger upon people. One of the most explicit statements about the nature of God is from God’s own mouth, when he said to Moses:

The Lord, the Lord, a God merciful and gracious, slow to anger, and abounding in steadfast love and faithfulness, keeping steadfast love for thousands, forgiving iniquity and transgression and sin, but who will by no means clear the guilty, visiting the iniquity of the fathers on the children and the children's children, to the third and the fourth generation. (Shemot/Exodus 34:6-7; ESV)

While God is committed to justice, his disposition is mercy, patience and love, not anger and retribution. King David reflected upon this centuries later: “The Lord is gracious and merciful, slow to anger and abounding in steadfast love. The Lord is good to all, and his mercy is over all that he has made” (Tehillim/Psalms 145:8-9; ESV).

While God may have passed up an opportunity to prove himself by not taking the atheist up on his dare, he was being consistent with who he is by preserving the life of one of his misguided offspring in the hope that eventually his kindness and mercy would evoke an eventual change of heart (see Romans 2:4). 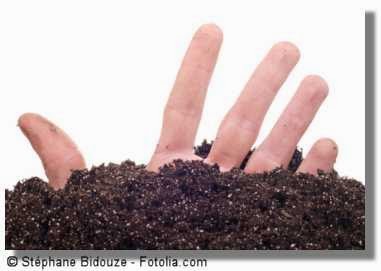 I am in no way seeking to undermine God’s wrath. His patience with us has its limits and should not be taken for granted. God is to be feared as the all-powerful Master of the Universe. You yourself may be under his great displeasure right now, and unless you repent immediately, you may find yourself swallowed up by your circumstances finally and forever. Pretending that God doesn’t see your sin or that he’s too nice to do anything about it will prove to be nothing but fantasy. But that he has not yet allowed the ground to open up beneath you is a precious act of love unto you. God takes no delight in your demise, but rather longs to embrace you as his son or daughter.
Posted by Alan Gilman at 3:24 PM