I am not able to carry all this people alone; the burden is too heavy for me. If you will treat me like this, kill me at once, if I find favor in your sight, that I may not see my wretchedness. (Bemidbar/Numbers 11:14-15; ESV) 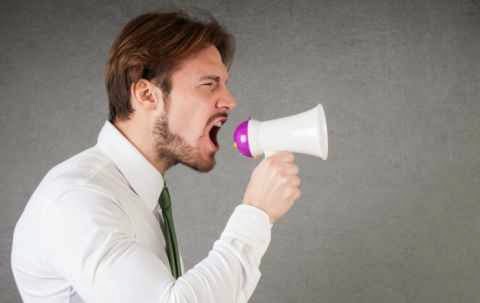 Moses had had it. The people had had it. The people were sick and tired of eating the same thing day after day. Manna, manna, manna. Breakfast, lunch, supper; always manna. Even miraculous food can become boring. And if you think you would be different, then you’re lying (I wonder if it’s statements like that that cause people to unsubscribe—I’d rather you email me first, telling me why you disagree, and then unsubscribe if you still want to). Of course, I don’t know how you or anyone would behave in such a situation, but I find that the best way to read the Bible is to put yourself in the shoes of the people in the various stories. There is so much to be learned.

Back to the story. The people were not handling their boredom very well and began to complain. The intensity of  this really got to Moses to the point that he claimed he couldn’t take it anymore. As a result he poured out his feelings to God, telling him that if this is how it was going to be, he should get it over with and kill him immediately.

What do you think of that tantrum! This makes holding your breath until you turn blue or throwing yourself on the floor, kicking and screaming, look like nothing. And from a grown man no less! A leader—and not just a leader, but one of the greatest leaders ever. Looks like a breakdown or at least a meltdown to me.

At the beginning of this same chapter, there is what seems to be an earlier incident of the people’s complaining that made God angry, resulting in fire destroying some of Israel’s camp. After the food complaining incident that we are looking at here, God eventually provided meat to eat, but this miracle was accompanied by a plague—not good. Clearly God was not pleased with the people’s complaining.

But look how he handled Moses’s fit. He lightens his leadership responsibilities through the establishment of elders and then promises the meat I just mentioned. There is no tone of disapproval on God’s part towards Moses at all. Why the difference?

First, complaining in and of itself isn’t wrong. It’s whom you’re complaining to that matters. Talking to people who can’t do anything about your predicament only foments frustration and anger. Venting might feel good at the moment, but there is nothing constructive about verbally blasting away in the presence of others who are not responsible for your situation. In fact, it’s actually destructive and increases your discouragement, undermining your ability to properly deal with it and at the same time drags others into the dark pit you are digging. On top of that you are not giving those who have the power to make a difference the opportunity to do so. Griping in this way is cowardly. Instead of bringing the problem to light in a constructive fashion in the context in which it belongs, complaining of this nature prevents the complainer from having to take any responsibility themselves.

This is not what Moses did. He took his desperation directly to the one responsible. Even though his words are extreme, he put himself in a place where his problem could be effectively addressed. Unlike the people who turned their backs on God as they complained to each other, Moses’s expression of hopelessness was an act of faith. His willingness to be honest about where he was at before God enabled him to find the help he so desperately needed.

How many of us in our attempt to not be like the people in this story fail to be like Moses? We misread what happens here as if it is a negative statement on all complaining rather than a contrast between the bad and good kinds of complaining.

There is nothing good about pretending you are not facing what you believe to be impossible when you are. I know there are some of us who are too quick to panic over the smallest things, and we need to learn to get reasonably tough. But at the same time our desire to be strong can lead us to become too self-dependent and deny our true needs.

How do you know if you are being appropriately tough or too self-dependent? It’s easy. If in the name of toughing it out, you are complaining to others who can’t help you, then you should stop it and bring your problems to God instead. And don’t be afraid to be completely real with how you feel. He can handle it.
Posted by Alan Gilman at 5:03 PM