The Lord spoke to Moses, saying, “Send men to spy out the land of Canaan, which I am giving to the people of Israel. From each tribe of their fathers you shall send a man, every one a chief among them.” (Bemidbar/Numbers 13:1-2; ESV) 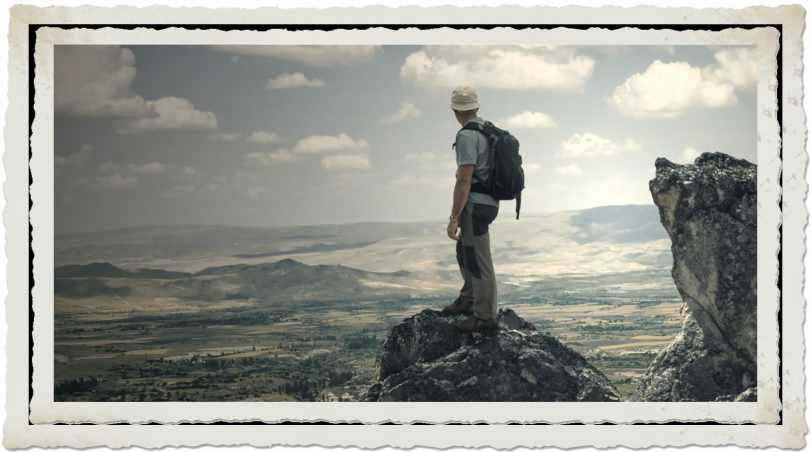 In this parasha we read that God initiated the plan to send in twelve scouts to check out the land of Canaan prior to the planned conquest. However, later in the Torah, the story reads differently:

Then all of you came near me and said, “Let us send men before us, that they may explore the land for us and bring us word again of the way by which we must go up and the cities into which we shall come.” The thing seemed good to me, and I took twelve men from you, one man from each tribe. (Devarim/Deuteronomy 1:22–23; ESV)

This second account sounds as if God wasn’t involved at all. Here we are told that the people initiated a plan that Moses approved. This kind of apparent contradiction is one of the many evidences that the Bible is not contrived. No one pretending to write true stories would do it this way. At the same time, there is no problem seeing the differing accounts as describing various aspects of the same story. It appears that the people did make the suggestion. Moses, true to form, would have asked God before giving the go-ahead. So when Moses says, “The thing seemed good to me,” his answer is based on God’s approval. Therefore, to write, “The Lord spoke to Moses, saying…” is an accurate description of what happened.

So what we have here is a suggestion on the part of the Israelites to check out the Promised Land before beginning the process to acquire it. As it turned out, ten of the scouts were overwhelmed by what they saw. The other two, Joshua and Caleb, could not convince the people that God’s presence with them was sufficient to overcome the land’s inhabitants. The people rebelled against God’s directive to take the land at this time, desiring to appoint a new leader and return to Egypt instead. God then judged the people by causing them to wander in the wilderness for an additional thirty-eight years until all the adults of the current generation died out—all except Joshua and Caleb.

The negative reaction of the people to the scouts’ report may lead us to conclude that their suggestion to check out the land before attempting to enter it was a bad idea. The problem with this conclusion is that God himself approved their plan. But could this be an instance where God gave the people over to what their unfaithful hearts wanted, allowing them to go their own foolish way knowing it would not go well? I don’t think so, especially since thirty-eight years later, before the Israelites successfully entered the Land, Joshua again sent in scouts. The results were very different that time.

So the problem was not the strategy, but the conclusion. However, if God told the people to acquire the land, then what purpose was there in sending in an advance scouting party? Wouldn’t the effect of their investigation be nothing more than confusion? Doesn’t faith require as little information about situations as possible? Why cloud our minds with all sorts of facts and logistics? Why not just trust God?

To think that true faith requires ignorance with regard to the practical details of life reveals a misunderstanding as to what true faith really is. Faith is not a mindless floating through life, oblivious to reality. It is a dependency upon God resulting in intentional living. The scouts’ issue was not that they had too much information; it was that they didn’t look at the information from a perspective of faith in God. The people needed to know the obstacles and challenges they faced so that they could deal with them effectively. It’s not that they didn’t require a strategy; it’s that they needed to develop a strategy based on the truth of who God is and what he was telling them to do.

Faith is not blind. In fact, it requires great clarity. It is only when we truly trust God that we are able to see the details of life for what they really are.

This week’s message was one of those specially chosen to be part of the recently released “Torah Light” collection. To order your copy, click here.
Posted by Alan Gilman at 1:56 PM